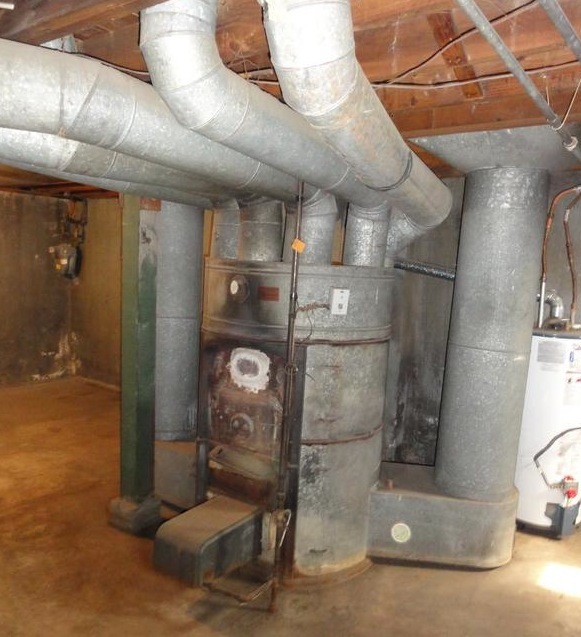 I've been doing some research about Indoor Environment Comfort (IEC) and HVAC systems. For those that don't know, the acronym stands for Heating, Ventilation, Air-Conditioning. Bear with me as this will be a multi-part blog. There's so much information and history, a single blog post would be TLDR (Too Long Didn't Read). I'm hoping my learning experience will help others.

First, some facts and a bit of history.

If you live in the United States, there's a 70% chance your home is being heated by a forced-air, ducted furnace. Today’s heating systems are based on ideas and designs that date back hundreds, if not thousands of years. Forced-air ducted heating has been around since about 1935, It has long been the 'go-to' system for most residential HVAC contractors.

Before that, all sorts of things were used to heat homes. Wood and coal-burning fireplaces, cast iron stoves, coal-fired hot water and steam boilers. The latter, until the early 20th century, had a nagging tendency to explode with great force and consequence. Here's a link to a big one. (Grover Shoe Factory Disaster) These episodes became so commonplace they were relegated to the 3rd-page news.

Gravity heating systems (air) and hydronic heating (water/steam) dominated single and multi-family dwellings through the depression. Due in large part to rampant tuberculosis and the need to provide occupants fresh air, many late 19th and early 20th-century boiler systems were sized to heat a dwelling in winter with an open window! Forced-air ducted heating systems only came into their own around the middle of the 20th century.

Forced air ducted HVAC's dominance in the United States resulted from many things including cost, convenience, versatility, and climate. In its simplest form, a forced-air ducted system utilizes a mechanical fan to push heated air through a series of channels (ducts). That's it. ...pretty simple, eh?

Add a condensing unit (the outside part) and an evaporator coil (the inside part) and we have central air-conditioning. This is pretty much the way most homes in the United States have been heated and cooled since the postwar economic boom.

HVAC contractors ply their trade to put food on the table, a roof over their head, and clothes on their back. And, as with many contractors providing residential construction services, profit margins are slim. So contractors are always looking for ways to keep costs down. Forced air, ducted HVAC systems have remained popular largely because of cost. Relatively speaking, they are cheaper, simpler systems. They don't cost as much to install or repair. Statistically, they last around 20 years. Basic forced air ducted HVAC systems are (again, relatively speaking), a cost-effective, time-proven and generally safe means of heating and cooling a home.

Unless you've been living under a rock for the last half-century, you're aware of ongoing efforts to reduce our consumption of fossil fuels. The majority of residential heating systems use fossil fuels (natural gas, heating oil) as their primary fuel source. What you may not realize is most, if not all ducted forced-air HVAC systems also require electricity to function. More than half of the electricity we use today (65%) is generated by burning fossil fuels, including coal. So, by improving the efficiency of how HVAC systems use both electricity and fossil fuels, we reduce their rate of consumption and make our world a better place. This is a simple and noble concept. ...right?

The research, development, implementation, design, and installation of more efficient HVAC systems increase their cost. When you're a builder, this can be a hard sell. When you are replacing someone's old HVAC system, this can be a hard sell. In fact, getting anyone to spend more money on something they rarely worry about is a usually hard sell. The typical HVAC contractor will try to sell a lower cost system because it's an easier sell. So, unless you know the right questions to ask or have done your due diligence, you won't know that heating and cooling your home represents roughly 40% of your energy use. And, with modern high-efficiency systems (more upfront cost) you can reduce your energy consumption, save money, reduce your carbon footprint and make this world a little better place. It's up to you as part of the teeming masses, to educate yourself and recognize your responsibility to "leave it better than you found it". (Who said that? Click on this link!)

A house has a shell. This shell (or building envelope) has always had a problem. They leak air. ...lots of little holes. Most anything built in the past 100 years has lots of these little holes in their shell. Air gets sucked in through these holes. Air gets blown out through these holes. Add the little holes up and you have a great big air-leaking hole. The air blown out this big hole is 'expensive' air. ...made so by mechanically heating or cooling it with your home's HVAC equipment. In part to reduce the loss of expensive air, modern construction methods have created a tighter building envelope. That's great news, yes?

This is the best way to start the process, ensuring a text, email, or voicemail doesn’t get lost in today’s digital traffic. For more complex projects, feel free to contact us and we will respond quickly regarding your needs.

You Can Trust Us

Having an unbiased expert in your corner is an incredibly valuable asset.